Notes from the Pew: Thanksgiving 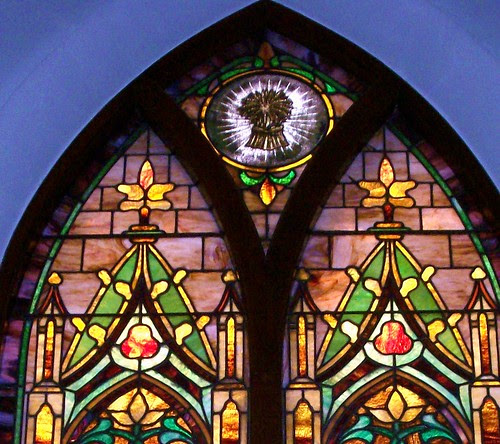 When I first started attending First Lutheran Church of the Trinity, its diversity attracted me. How many friends do I have who are convinced Christianity is a force of evil in the world? An excuse for wars internationally, and bigotries at home. An instrument for social control through guilt and peer pressure.

People who believe that ought to come to First Trinity on Sunday, I thought when I first found the place. I still recommend it. They say Sunday mornings are the most segregated day of the week –if people go to church anyway, they usually worship with people who are a lot like themselves.

Sunday morning at First Trinity is the only day of the week when I am in close contact with so many people who are so different from me: the very old and the squirming young, talented musicians, foreign students and Bridgeport householders, a Pentecostal preacher, a Methodist missionary, and a woman who attends service at her Catholic parish first, then comes to First Trinity where she can hear.

But also, overwhelmingly sometimes, by people who struggle in the world. We all have our struggles. But for a lot of us, they don’t set us apart. They don’t interfere with our ability to hold a job, or make casual conversation.

Some of the people who come to First Trinity are really hard to talk to. They have bad oral hygiene, distracting manners, or ugly opinions, or they are painfully shy.

Many of them are sweepingly generous with what they have. If they come to help out with coffee hour, they’ll bring a packing box of cheese sandwiches, or a big tub of Kraft macaroni and cheese. They don’t bring a dainty snack, they come to feed people. Because some people come to our coffee hour to eat.

As a group, though, they’re also demanding. Some people can wear you out even when they’re trying to help. They’re not trying to come in and disrupt other people's plans, but they don’t know how to help any other way. There’s a strong undertow of chaos that pervades everything at First Trinity – it attends every event we host and it uses every facility in the building without cleaning up -- and it can wear you out.

If you don’t believe people who wouldn’t blend in at a Starbuck’s should be herded into an institution somewhere, or off to a more distant neighborhood where they can’t get on your nerves, then it seems worth engaging with them, at least casually, as neighbors.

But for a church to function like a sanctuary and not a nuthouse, you need a ratio of people with certain practical skills to balance out the ones without them. As far as I can tell, for years, Marge and Tom Fashing have been those people at First Trinity.

It’s not that no one else does the housework. There are several people who put in more than a fair share of practical labor, and more who contribute what they can. But no one shoulders as much of it, as reliably, as the Fashings do. They usher us during the service, make sure there’s always something to serve during coffee hour. They wanted us to have an Octoberfest this year, so they basically prepared enough food to feed the neighborhood.

If they could do so much to hold things together for all those years, think what’s possible if we could round up a few more reliable volunteers! 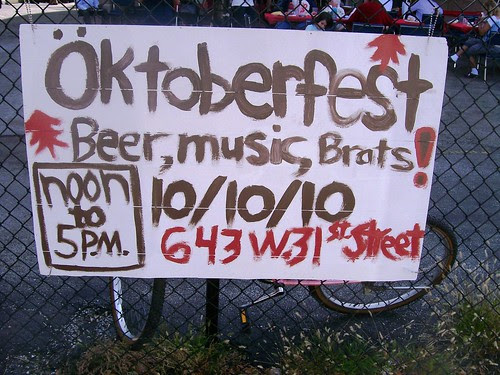 It was actually at Octoberfest that I started to think about this seriously. I was proud to see the church parking-lot fill up with people for whom a filling meal is not a small thing. But we were scrambling the whole time. There were only a handful of people to do the work, and our guests were demanding – they needed help maneuvering bratwurst onto a plate, or help ushering their kids through the line, or they wanted to take issue with who got a plate without buying a ticket.

From behind the serving tables, I watched a nice looking couple wander in and leave as soon as they finished their plates. I wished we’d organized a crew of friendly conversationalists to work the crowd, because our crowd can be hard to chat with. But the ones who could have done it best were all scrambling to keep the food coming.

Alderman Balcer and Commissioner Daley came early to show their respects, but they ate their bratwurst almost entirely unnoticed. I was sure that wasn’t the reception they would get when they went over to St. Mary’s of Perpetual Help, who were also having their Octoberfest that day. 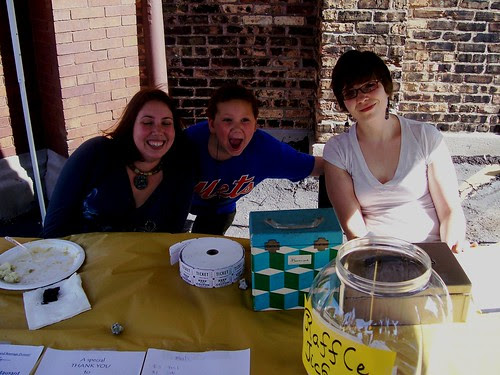 Last week, Father Craig and some of his flock from Saint Mary’s came to First Trinity to celebrate a shared service on Thanksgiving Eve. I wanted to make sure the heat was turned on and the refreshments were organized, ahead of time, so we could all focus on making the guests welcome. And frankly, it didn’t work out that way.

Among other things, the boiler broke hours before the service, spewing hot water through the basement of the former school next door. In the church, we laid out blankets among the pews. It was frustrating. The afternoon before the service was probably not the best time to run maintenance on the boiler. On the other hand, Rich Albrecht managed to bind the pipes somehow with plastic bags just before the service started, so the heat was at least beginning to rise.

I was thankful for that. Because some of the diversity that first engaged me as quaint and interesting at First Trinity has started to tire me out as I’ve been around for awhile. And so far, I’ve probably made First Trinity sound like a place to meet your social obligation to interface with crazy people. That’s not what it’s really like.

Our Sunday worship services are really joyful occasions. We’re still a small group, but the whole church resonates. We’ve been accumulating new people, young people with energy to give and faith in giving, even since I’ve been there.

After Advent, we’ll be making plans for what we want to accomplish in the New Year. I’m looking forward to that. And at the Wednesday night service, our neighbors from Saint Mary’s, and also from Christ the Mediator and the Bridgeport Coffee Shop, helped remind us what we’re about as we close the old one.

Posted by Kristin Ostberg at 4:12 AM