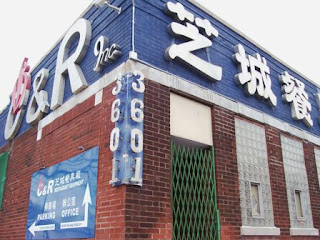 C&R Equipment builds wok-stoves and does custom builds of all the stainless surfaces used in restaurants. They are at the hub of a Chinese-owned restaurant supply cluster in Bridgeport. The cluster is small, but appears to be growing. It’s grafted on German roots.

Zweifel’s Hardware first opened in 1886 where the Dan Ryan Expressway is now. It’s currently operated by David Zweifel at 29th and Stewart – just to the east of the viaduct.

David’s father, Herman had wanted to be a chemist in his youth, but his family wouldn’t have it. Eventually his brother David would take up the reigns of the hardware store. Young Herman rebelled by branching into sheet metal.

He started out mounting gutters, but developed a specialty in restaurants. This was after he came back from World War II. The decades after the war were boom years for new restaurants, and stainless was an ideal modern material. It’s sleek and workable, it’s also superbly tough and hygienic for kitchen surfaces. Herman teamed up with a popular designer and fitted out restaurants from Downtown to Dempster Avenue. 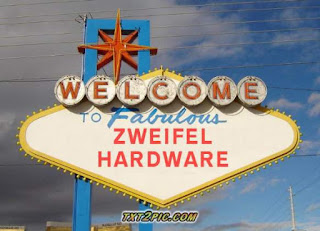 Chinatown was his own backyard. He did build outs for Cantonese Chef and Three Happiness more than once. He built a custom contraption for washing bean sprouts for Great American Foods, over on 26th and State Street. The sprouts were grown in big galvanized tubs filled with water that had to be changed every day – a cumbersome task.

The Zweifel bean sprout washer had motorized paddles to circulate water around mesh baskets of sprouts. It worked so well, he sold half a dozen of them to bean sprout outfits from Chicago to Kansas City.

By the early 1980s, Herman was slowing down. When he lost a key employee to a (non-work related) injury, he had trouble replacing him. His son David says Herman didn’t get along so well with the young guys just coming out of the union trade schools; by 1984 he had stopped doing big restaurant jobs altogether. When Herman died, David sold off the sheet metal tools. 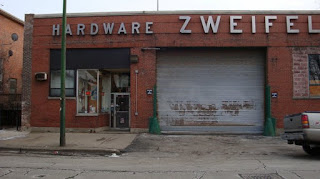 In fact, he sold a couple of them to a gray haired Chinese gentleman who may have been the founder of C&R Equipment. The gentleman bought an 8 foot handbrake, used for bending metal, and a Cincinnati shear, for slicing it. His shop was located on Canal, which is where C&R Restaurant Equipment first opened up. Allen Ng, the founder’s nephew, says his uncle wouldn’t necessarily want his name in print – he prefers to be discreet.

Allen, like his uncle, is a New York City transplant. His uncle owned his own restaurant in New York for awhile, and worked for a few years at a fabrication shop that made restaurant equipment. There are scores of such shops in New York City, building specialty equipment for the crowded Chinese restaurant market.

When Allen’s uncle moved to Chicago, there weren’t any here. Chinese restaurants in Chicago had their wok stoves shipped in from New York. He and some business partners opened up C&R Equipment – originally called Chicago Restaurant Supply – at Canal and Archer in 1992. C&R’s retail business, which sells a full range of small-ware in addition to larger equipment, is still located in that small industrial pocket along Lumber Street just north of the river.

Chinatown’s population has grown steadily, expanding into Bridgeport, and its retail population has grown denser, filling out Chinatown Square, the 2 story mall on the north side of Cermak that was completed in 1993.
By the early 2000s, C&R needed more space. They bought the former All-Type Electrical Supply building at the southeast corner of 36th and Halsted and set up their fabrication shop there. 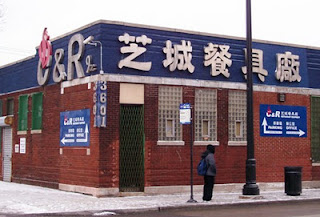 Today, C&R Equipment employs 15 metal-workers at the 36th Street shop. That’s down from 20, at the height of the boom, but C&R took advantage of cheap prices in the bust to open a new storefront office adjacent to the metal shop in August. From the office, you can see the activity at every station in the shop on 2 big flat screen tvs.

C&R will custom fabricate, alter or repair almost any stainless surface or appliance imaginable for a restaurant, for a highly competitive price. Some are purely functional, like kitchen counters; some are decorative, like textured wall coverings and railings for outdoor seating areas.

They still build wok stoves: which have removable woks in place of burners, and built-in water faucets. The faucets help keep up the pace at a Chinese restaurant, where dishes are cooked quickly at high heat, then rinsed to cook the next dish in rapid succession. Specialized exhaust hoods draw away steam, and fumes from hot, aromatic cooking oils.

C&R Equipment was still the only supplier of Chinese wok stoves in Chicago until 2007, when Allen says a long time employee organized some investors and opened Midwest Restaurant Supply – also in Bridgeport – a few blocks away at 35th and Morgan. 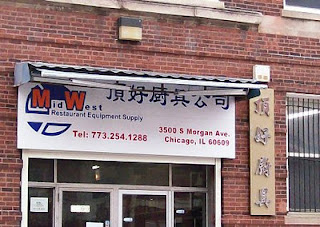 The third member of the Bridgeport’s restaurant equipment sector predates the other two. Spencer Yang bought the All-Type Electrical building across 36th Street from where C&R Equipment is now in 1990, and began distributing Chinese manufactured food equipment under the brand name American Eagle Food Machinery. 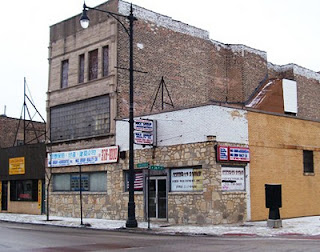 All three businesses supply networks beyond the confines of Chinatown. American Eagle’s customer network is national. They supply a variety of grinders, slicers shredders and mixers, with a specialty in equipment for pizza dough.

Allen says C&R Equipment has found customers among Indian and Packistani businesses along Devon Avenue – among other things they build locks and gates for securing convenience stores. He says they haven’t done much on Argyle Street’s north Chinatown, where the restaurants there older. Much of their new restaurant business is in build-outs for new Thai and Sushi restaurants in the suburbs.

Though they still have a core of business in Chinatown -- and the business is recession resistant. Allen observes that when restaurants go broke, new ones replace them, and they often want new stainless for their renovations. He’s also noticed a spurt of new customers who’ve been laid off from their old jobs -- they pool their savings with friends to open a restaurant. Which bodes well for the future of Bridgeport's restaurant equipment business.