The Neighborhood is the Image of the City: Part 1

“And there in that great iron city… we caught whispers of the meanings that life could have, and we were pushed and pounded by facts much too big for us.”

That’s novelist Richard Wright, introducing Black Metropolis, a classic social study of Chicago’s negro ghetto in 1945. Chicago’s black belt started in Douglas, a neighborhood geographically side by side with Bridgeport, with a parallel history, close but not touching. You could describe Bridgeport for years without acknowledging it. 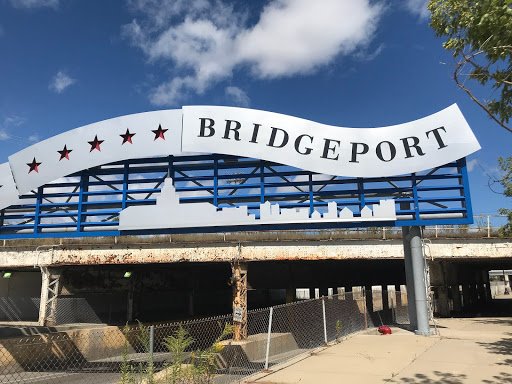 In 1945, Bridgeport resembled the city of Chicago the way the writerly like to recall it. Hard working, hard drinking, ready for a fight. The workers saw themselves that way too. They had jobs where they made things of substance. Or they handled and hauled them. Their virtues were different from the patience and courtesy they’re called to exercise now, from their service jobs. They were well represented politically too – the city’s white ethnics having firmly taken control from the Protestant establishment a decade before. Bridgeport was very white ethnic. The neighborhood the image of the city, except in one glaring respect.

The years after World War II were golden years for America’s industrial cities.  Business was booming. There was an abundance of good union jobs, starting on the factory floor where the newcomer could get his foothold. Chicago’s politicians and business leaders moved in concert to take advantage.

But they had their concerns. Chicago has always been a swirl of populations, strong currents moving in and moving outward, but mostly moving in. After 1950, the balance would tip, even while the city was still booming with industry, its growth machine growling to life.

Already the business and political leaders were worried about it. They looked around and saw blight everywhere. They countered with big building projects. They’d remove what was old and crowded in great blocks, and replace it with modern structures soaring upwards, surrounded by lawns and public plazas.

Even the most powerful men operate within the pushing and pounding of facts too big for them, bigger than they fully comprehend. And if they can’t comprehend it then they don’t control it. Their bold action reverberates in ways they don’t foresee.

Later, some look at the effects of some of those projects and say they accomplished exactly what the builders intended – the wall of public housing tied in by the Dan Ryan expressway entrenched the boundaries of the black ghetto, walled it off from neighborhoods like Bridgeport.  What they didn’t foresee was how the effects would ripple through the decisions of ordinary people in their millions.

The ordinary people were moved by their pursuit of a good life and what they thought that meant. For decades, they thought the good life meant moving outward and upward, away from the neighborhoods where people struggle, toward better ones a little further out, neighborhoods with green lawns and two car garages, the two parent families whose mothers could stay home to manage the family’s lifestyle full time. That picture is not gone.

Some 40 years later, the powerful men of the growth machine would be fretting big cities were obsolete. They thought telecommunications might have broken our ties to geographic place. They spoke of edge cities and built office parks on the outskirts – but even as they were doing it, the currents were starting to turn.

People moved by new whispers were coming back to the city. They said they liked urban diversity. They saw possibility in it, it spoke of the stimulation of new things, and of openness, acceptance that would give them the space to be the individuals they wanted to be.

In practice, there were limits to the kinds of diversity they wanted. And then the waves of their return tended to wash diversity away. But we do have some control over what we want. The picture of the good life that moves populations is shaped by the collective pull of human imaginations. We each have some power to shape it, by what we are willing to see as diverse for instance, by what we describe as good. 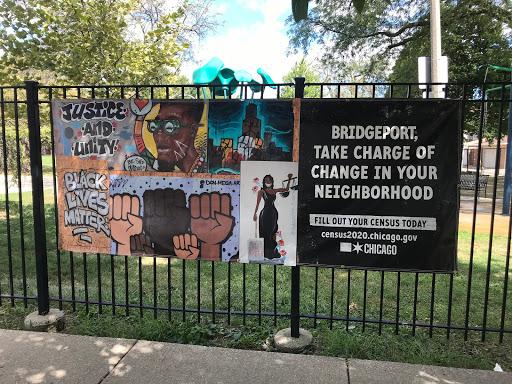 Some say human currents change in spans of 40 or 50 years, which would make us about due for a new turn.  And here we are, sitting home with COVID-19. There are already voices murmuring this is really going to break our ties to urban place -- forced to work from home, if we’re lucky to still be working, the stimulations of our urban lifestyles suspended.

If it’s really true this time, and city people start dispersing for the hinterlands, they will bring diversity with them, and some of their confidence in the good things it brings. Imagine it spreading like ripples as they move.

This is the first of 5 parts on Bridgeport and Douglas and the image of Chicago.

Posted by Kristin Ostberg at 7:18 AM No comments: