Cermak Produce Steps Up Where Jewel Backed Out 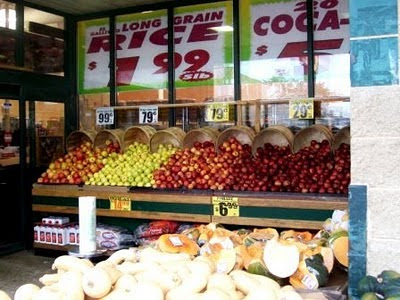 Cermak Produce aims to open for business in the former Jewel Store on Halsted and 31st sometime between the last week of February and the first week of April. According to George Bousis, whose family opened the first Cermak Produce in 1993, the Bridgeport store will be the 12th store for the independent grocer. It is also the latest example of an unsung trend in the Chicago grocery market.

The press tends to focus on price wars between supermarket giants, and historically, chains have gained advantage over independentsby steadily consolidating their buying power. But in Chicago, the acquisition of Jewel and Dominick’s by large chains opened new footholds for independents. The behemoths proved less nimble to meet local needs.

Dominick’s lost market share after being purchased by Safeway, one local wholesaler recalls. “One of the first things they did was pull Italian sausage off the shelves,” a misstep they eventually reversed. “That was one of the things the DiMatteo Family was famous for. If you wanted a specialty product, they would get it for you.”

Regulators forced Jewel to divest some of its stores when it acquired Cub Foods 10 years ago, and both chains have gone on to close other urban stores for strategic reasons. Smaller independents – like Caputo’s, Garden Fresh and Pete’s Fresh Market – grew in the gap, sometimes in the abandoned stores. 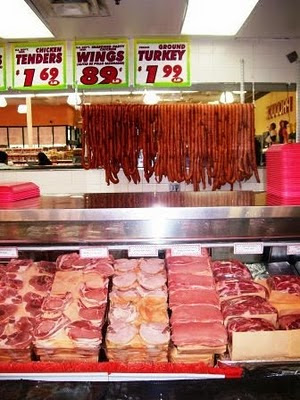 “We like to open stores in underserved markets,” Bousis says. Like its independently owned peers, Cermak specializes in ethnic niches. Bousis names stores on the far south side and close by on Cermak that specialize in Hispanic products; he says the Bridgeport store will have more bok choy and imported Italian foods.

Meanwhile, he is busy revamping the store’s web-site to make it a portal for consumer input, so the store can respond more directly to customer requests. Whether those requests are for or food items, or for other amenities. Will the Bridgeport store have bike racks? “If people request that, we will.” 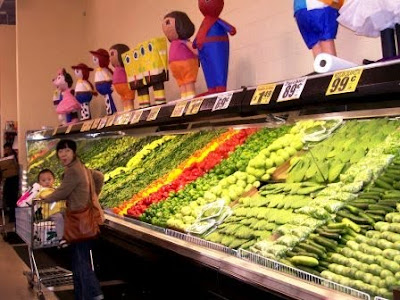 Cermak Produce’s stores don’t typically display large selections of organic produce –Bousis says this is partly a technicality. Organic foods in a cooler with non organic ones can’t be labeled organic anymore. “We buy apples from the same place Whole Foods does, they spend more on display and marketing as organic. Their mark up on the apples is 300%; ours is 30%.”

The day I talked to him, wholesale prices for apples at the Chicago International Produce market centered around 75 cents per pound. Apples at the Cermak Store just west of Ashland were 99 cents a pound, across varieties, from Red Delicious to Honeycrisp. Down the street, Dominick’s was selling some varieties for 99 cents a pound with a membership card, but regular prices ranged from $1.99 to $3.99 – Honeycrisps were selling for $2.59 with a member card.

A 300% margin buys more real estate, but not necessarily a better store. The aisles in Dominick’s are vast and increasingly staffless. The aisles at Cermak’s store near Ashland are far more compact: the frozen food section is contained in 2 coolers; the bakery is an electric oven at the front of the store. But you’ll find every type of product you might want at a larger grocery store, with more choices of aloe beverage. And from the meat counter, to the produce aisles, the store is humming with staff restocking the shelves. The produce displays are impeccable, and none of it is sopping wet.

Overall, Cermak’s arrival may be the best reason Bridgeport has to look forward to February 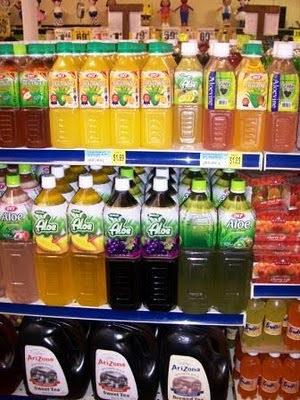 Posted by Kristin Ostberg at 8:08 AM