Portrait of Halsted as a Thriving Retail Strip 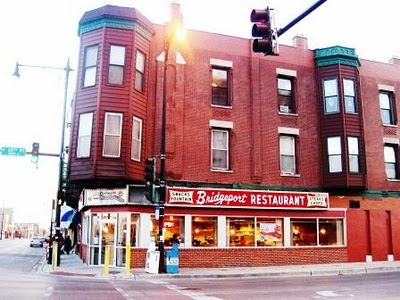 Patrick Falahee is an Attorney and Counselor at Law with a strong Bridgeport practice, but his office is in the Monadnock Building downtown. He looked for an office on Halsted Street, but was surprised to find the rents cost more for less than desirable space. He points out one storefront whose owner wanted $2,500 a month, even though there was a big dripping hole in the ceiling. (“You fix,” the landlord told him.)

It wasn’t always like that. Falahee remembers when Halsted and 35th Street was the State and Madison of Bridgeport. He grew up on Union Ave between 36th and 37th in the 1960s and 70s; he says the city lot alongside Jack Sheehan’s top secret bar used to be the city parking lot, marked with lights, and packed with the cars of people who’d come to shop the Halsted Strip. 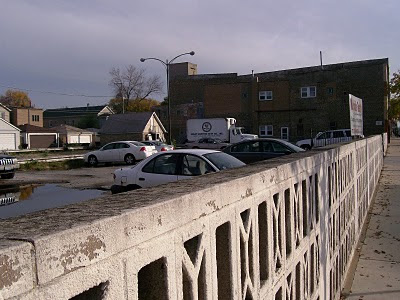 He spent whole Saturdays at the Ramova Theater, going from one movie to the next, before it was overtaken by Kung Fu pictures and a tougher crowd; he says I should find another source for stories about the Lithuanian theater that used to be up the street by Bernice’s tavern, because he and his friends generally didn’t go north of 33rd Street. He doesn’t remember much about Morgan Street either, really didn’t go over there. But Halsted had everything.

It was dominated by groceries stores and taverns. Falahee can point out 5 former grocery stores between the former Pocius grocery at 36th Street and the former Tony’s supermarket near 32nd, where the Ace Bakery is now. And they were supplemented by a network of little shops on the interior streets. There was a little grocery store in the middle of his block on Union, where he used to get sent to pick up fresh chicken for supper; there was a drug store on the corner just down the street, a bona fide apothecary, who kept ingredients in antique glass jars. You’d go there and tell Louie what ailed you and he’d mix something up. He’d make jokes and chat while you waited, people used to go to his shop to hang out.

Now the most prosperous drug store in Bridgeport, and maybe in Illinois, is an anonymous pharmacy in Doctor Knapp’s building across from Nana Restaurant. Falahee recalls it ranked highest in the state for medicare billings a couple years ago. Walking by, you’d never know it was there. 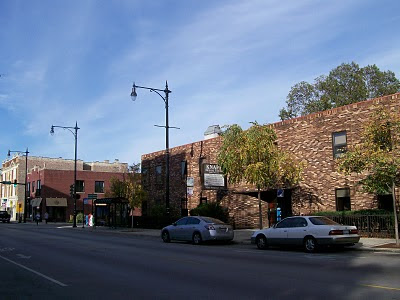 Traffic on Halsted was already waning in the 1950s, before Falahee was born. Observers comparing Bridgeport’s portion of the city’s retail sales to its portion of the city’s population suggest that was when families who’d moved outward toward Brighton Park and Archer Heights, but came back to Bridgeport to do the shopping, could do the shopping in their own neighborhoods instead.

But the suburban strip malls really sucked it dry. Halsted’s sidewalk shoppers wandered off for a new kind of retail experience, one that seemed modern and convenient at the time, but that seems uniform and anonymous now. There were oceans of parking, and chain stores that could combine quality and price in a way the little independents couldn’t match.

They still can’t, but there is also a growing segment of consumers who will travel miles for the pleasure of shopping on a street that is quaint, pedestrian friendly, individually owned, diverse. Which sounds a lot like the Halsted Street Falahee remembers.

There was a fish monger where the car wash is now, the owners wore rubber aprons and laid the fish out on beds of ice in the windows, there was an Italian Bakery and Deli where they made their own sausage, and a Chinese laundry where the owner, in traditional dress and a queue, pressed shirts in the window – just in the 2 blocks between 36th Street and the Ramova. 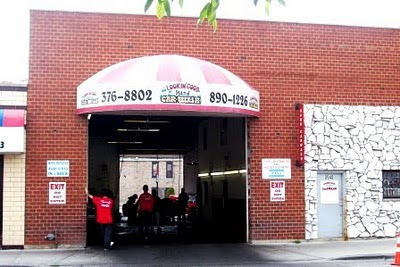 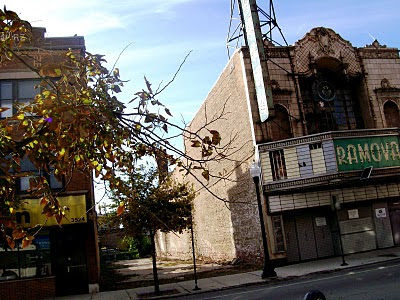 You could buy anything you might need on Halsted back then: dress shoes for the office, back to school clothes for the kids, ladies lingerie, which was sold in a little shop where the condominium block stands at Halsted and 35th (though strictly the girdle and pantyhose variety – “it wasn’t Victoria’s Secret,” Falahee recalls). He says half the families in Bridgeport got their mortgages at Union Federal, where Citibank moved in, and then bought their furniture at Wendt’s – “their green delivery trucks were everywhere.”

You can still buy shoes, clothes and furniture on Halsted Street. But there are fewer options of lesser quality. Or, in a few cases, longtime owners will impress you with outstanding service so you vow to go back and spend more money there, but they’re nearing retirement age and are waiting for a good offer, someone they think will open up something that will be good for the street.

A handful of new businesses have opened their doors on Halsted in the past few years and seem to be thriving, recession or no recession. Bridgeport Tattoo set up shop in the old North Ice Cream Parlor, Blue City Cycles opened up where Blackie’s Barbershop once was. Nana Restaurant brought organic dining to Bridgeport, and brought Bridgeport to the attention of the mainstream press for a positive accomplishment. Across the street Calabruzzi’s has been slowly taking shape behind the bed-sheets in the windows of the old Magikist plant.

All of which seems to promise more good things are in store for Halsted Street when the recession eventually lifts. With any luck, it will skip the awkward strip-mall and big-box phase that some other neighborhoods endure, and re-populate with something more like the shops that brought crowds strolling down the sidewalk when Falahee was a kid. 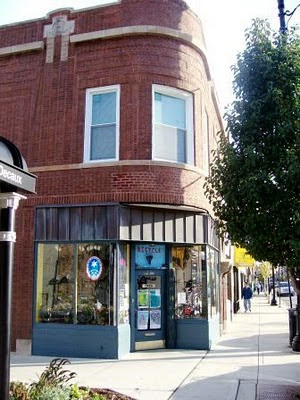 Posted by Kristin Ostberg at 9:12 AM

Email ThisBlogThis!Share to TwitterShare to FacebookShare to Pinterest
Labels: Retail