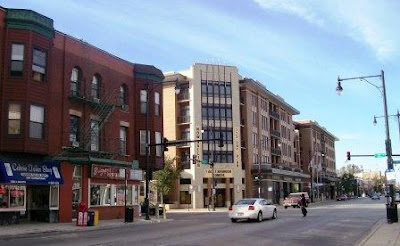 If you ask Alderman Balcer to describe what he’d like to see happen on Halsted Street, he starts, probably naturally enough for an alderman, with what’s already been accomplished.

The ground’s been laid with major streetscape improvements – all new curbs and stamped pedestrian treads at the intersections. The sidewalk is lined with decorative lamps and bracketed with big redevelopment projects: a stately police station at one end, a handsome condominium block at the other.

In between, the Alderman rattles off a list of shops that have all come on line in the last few years. Named in sequence, there are a lot of them.

In fact, he missed a couple, and his list, laced with enthusiastic superlatives, actually extends from the park in the old Stearns Quarry (with “400 million year old fossils” at the bottom of it and “views of the whole city” at the top), to the quaint and very tasty Bake for Me Café across from the stockyards. 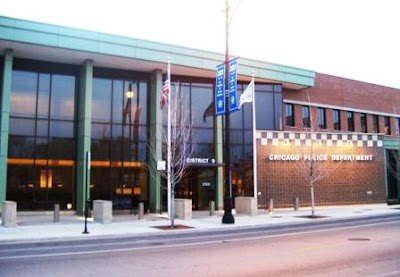 For 10 years developers lined up in his office; now that they’re scarce, people sometimes complain about what actually got done. Several of those businesses he names were already here, they just moved to new quarters or redid their facades.

In response to which, Alderman Balcer observes “People see what they want to see.” And after all, if Bridgeport’s longtime business owners see opportunity to reinvest and grow, and if the city sometimes helps them, that can’t look all bad.

I’ve heard one or two new entrepreneurs say they want to coordinate to support other small business, so their investment doesn’t just lay the ground for the big chains to come in.

I’ve heard another acquaintance speculate that if there is a master plan for what happens in Bridgeport, it’s that it not turn out like Wrigleyville – a frat house row of bars around the stadium and the speculators driving elderly voters out of the houses they’ve lived in all their lives.

When I ask Alderman Balcer if there is development he thinks would be bad for Halsted Street, he sounds more concerned about junk shops than sports bars; when I ask if there is a written planning document he’s using as a guide for what ought to come, he says “There was one, but now I play it by ear.”

The Alderman acknowledges there is one more big redevelopment project in the works for central Halsted Street -- the vacant Wendt Furniture, most recently occupied by a dollar store that sold plastic goods out of cardboard bins, will go down, and the public library will expand into its space. But other than that, he says there are no more plans to demolish swaths of old storefronts for big civic projects.

He says the future of Halsted is in lots of small shops. “It can’t all be Target and Walmart.” An avid pedestrian who pops up everywhere on his neighborhood strolls, he says “You need foot traffic, or nobody’s going to come.” And when I squeezed in one last question about Barkaat Foods, which moved into the old Chiapetti’s plant down Halsted’s wholesale food district, he affirms they are an asset, compatible with the breadth of uses on Halsted Street.

All of which is pretty much what I’d hoped to hear him say. Though I am sure I hear what I want to hear as much as anybody else. 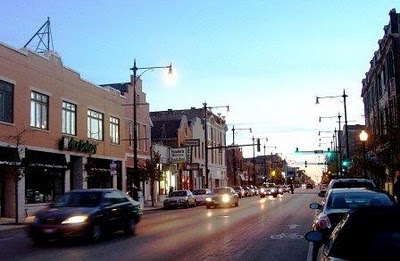 Posted by Kristin Ostberg at 5:55 AM

Email ThisBlogThis!Share to TwitterShare to FacebookShare to Pinterest
Labels: Retail