The Neighborhood is the Image of the City: Part 4 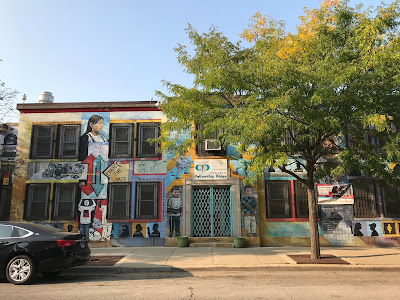 In 1962, the authors of Black Metropolis were cautiously optimistic when they asked what postwar prosperity and the nation’s recent interest in civil liberties would bring. Would the black ghetto finally disappear? Or maybe black families would choose to maintain an urban subculture, and another, more prosperous, Bronzeville would take shape. In the decades after, the ghetto didn’t disappear.

Back in the 1910s and 20s, a Chicago school of urban social scientists noted how the city’s white ethnic slums swarmed with vices. They catalogued high rates of crime and drunkenness, broken families and prostitution, juvenile delinquency. They thought the slum dwellers’ inability to regulate themselves, to organize around shared principles and values, was an expression of their condition as migrants. Cut free from the social bonds that held their old world together, they struggled to control their children, there were fewer informal authorities to keep people in line, fewer shared institutions to extend a guiding hand.

Those early social scientists also tended to see slum life as a temporary condition. As the migrant assimilated, he and his neighbors would develop new networks and new institutions, or more frequently, he would move out to some other neighborhood where the social order is established, he would leave the deviants behind. 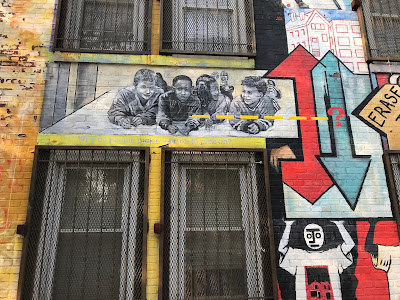 By the 1950s, the old Chicago school of sociology that had made its name with its practice of close observation of human behavior in the urban habitat was out of fashion. Social scientists favored statistics, they talked about how cities were built by coalitions of human agents mobilizing power, rather than coming together naturally like ecosystems.

In 1963, Gerald Suttles had just settled in Chicago's west side slum to research the study that would make his name as an academic. The university that would soon employ him was revisiting the Chicago school heritage at the time. And he took up the tradition, he embedded himself in the neighborhood around Taylor Street and set out to study the moral order of the mixed-race neighborhood.

Later, he’d realize he’d happened to settle right near the boundaries of the separate territories of the neighborhood’s four ethnic groups – Italians, Mexicans, Puerto Ricans and Negroes. He called his book The Social Order of the Slum and described how its diverse inhabitants ordered the territory, who could hang out where, how they behaved.

“Almost all societies create a public morality that exceeds the capacities of some of its members,” he wrote. He meant the moral standards shared by society at large, as distinct from the way people might conduct themselves at home, or in backwaters.

He thought the United States has a high moral standard, that many people fall short, and that in order to avoid compromising the ideals of public morality, much of the public had simply moved away from such individuals, abandoning the inner city to the people they distrust.

“Obviously this practice has some limits” he’d say. It tends to “aggregate” the poor and disreputable in the same slum neighborhoods where those mainstream ideals can’t really be maintained.

Watching his neighbors “compromise” on the markers of public morality, he came to believe they maintained an alternate one. He calls provincial, or personalistic, because it centers its ideals on personal trust. Under the provincial code, to be a “fink” would discredit you more than being unemployed or a felon.

Provincial morality builds through networks that start face to face, and extend to encompass the whole neighborhood in some form another – so that everybody knows their place, where they belong and where they don’t, how to behave to maintain their personal safety, and the safety of their families.

Territory is essential to all these things, the storefront, or stoop, or street corner where people hang out are places where bonds are made, where status is settled and leaders emerge. Suttles thought the Negroes living in public housing were at a disadvantage because they had less control over their space, they couldn’t open a storefront in it, or subdivide it into sublets to better their lot or enhance their position.

Bridgeport was no slum – in the 1960s it was the seat of considerable political power, but the provincial morality Suttles describes still resonates there. Acquaintances will point out the corner where they and their friends gathered, and the ones where they couldn’t really go. Or how in their youth you never called the police, there were certain people in the neighborhood who were sort of in charge, if there was a problem your parents would go talk to them and they’d take care of it.

Suttles described how there was some violence in his neighborhood, but more often conflicts got diffused, or stopped before they went too far. There were street fights in Bridgeport too, but there were limits. “We’d fight with our fists. Now they fight with guns.” 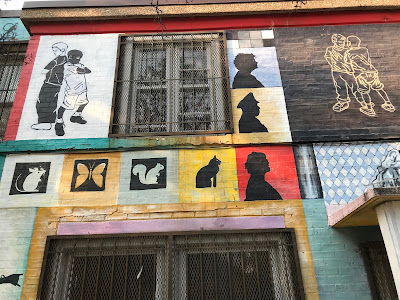 Something changed in Chicago in the 1970s. It was most obvious in the surge in violent crime. The sociologist William Julius Wilson writes that there were 195 homicides in Chicago in 1965. In 1970 there were 810, and there were 970 in 1974, a recession year.  The Wentworth police district was one of the worst.

The violence was accompanied by other problems. Unemployment, out of wedlock births.  Family dissolution. Welfare dependency. All the measures escalated at once.

Bridgeport was buffered from these developments. There were certainly factors other than personalistic morality that buffered it, and just as certainly, Bridgeport’s reputation for racial intolerance didn’t start in the 1970s. But as the violence and social problems gained ground across the expressway, territory and trustworthiness could not have seemed less important than before. 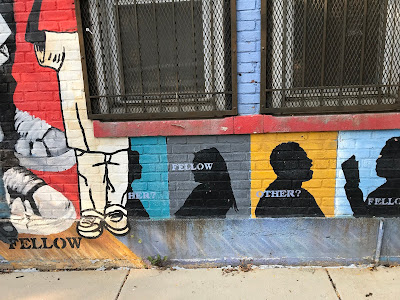 Wilson, a black scholar, caused a stir back in 1978 when he published a book called The Declining Significance of Race. He described the rise in social problems in the context of the real advances made by the black middle class, suggesting that factors other than race must also be at play.  He was surprised when readers sometimes took him to be a conservative – something he set out to correct with his 1987 book The Truly Disadvantaged.

In its opening pages, Wilson observes that liberals mostly avoided talking about the rising rates of social dislocation in the ghetto. By refusing to address it, he argued, they’d abandoned the field to conservatives who traced the rise in social problems back to a “culture of poverty,” by which they meant a sense of dependency fostered by a welfare system gone off the rails.

Their focus on the moral failures of the poor as individuals reads a lot like the old reformers who rallied around vice some 80 years before. Wilson comes out on the side of systemic change. Assembling all the statistics, he shows the push and pull of forces too big for individuals to counter with moral courage alone.

He starts by showing how structural change in the economy caused massive job losses that hit black workers especially hard. He argues contemporary racism was less a factor than historic discrimination that had positioned them at the bottom of the jobs ladder.

“When black men looked for work, employers were concerned about whether they had strong backs, because they would be working in a factory or in the back room of a shop doing heavy lifting and labor. The work was hard and they were hired. Now economic restructuring has broken the figurative back of the black working class.” (This from his introduction to the 1993 edition of Black Metropolis.)

In 1950, he writes, an overwhelming majority of the men of Black Metropolis were employed. By 1980, only 4 in 10 of the adults in Douglas had jobs, and the ratios were lower in Grand Boulevard and Washington Park, other neighborhoods of historic Bronzeville.

There was still a black working and middle classes – in fact the black middle class was thriving. But they moved out to better neighborhoods. The neighborhoods they left behind suffered concentration effects. It was a vicious circle that changed individuals experiencing hard times into something like a separate social class.

“In short,” he writes “the communities of the underclass are plagued by massive joblessness, flagrant and open lawlessness, low achieving schools, and therefore tend to be avoided by outsiders.” The people who lived there found themselves socially isolated from the mainstream – isolated not just from job networks, but isolated in ways that affect their fashions and habits, even their cognitive and linguistic skills.

In Black Metropolis, when the poor, the working and middle classes all lived in close proximity, the middle class were an important buffer against hard times. They supported the social institutions – the churches, stores, schools and parks -- that gave Suttles’ neighborhood its moral contours. Their example made joblessness seem less terminal, and education more useful. They made family stability the norm.

What Wilson describes gaining ground in their absence sounds like a culture of poverty, except that its root cause is not the moral inferiority of the people caught in it. 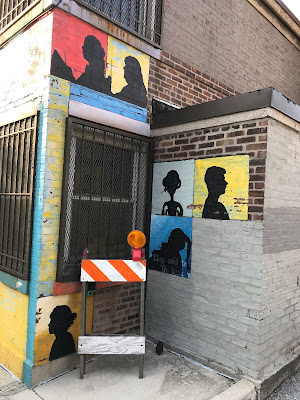 By 1980, Bridgeport is still the image of Chicago as a working city. Its population is employed, its median income just slightly lower than the city median. Its occupations mirror the city’s new occupation structure, except with somewhat fewer executives and professionals, and somewhat more clerks and laborers, slightly more workers in skilled trades.

Bridgeport workers did not want for access to political patronage and union jobs. Though some men whose careers started in the 1980s can recall how their fathers couldn’t get into the union because it was controlled by some other white ethnic group.

Now an acquaintance asks if a system run on reputation and connections is wrong. “Shouldn’t a father be able to help his son get a job?” He says “You know his son is going to work hard, because he’s not going to embarrass his father.”

Of course, all fathers should be able to open doors of opportunity for their sons. The fathers of Douglas couldn’t do that.

This is the fourth of 5 parts on Bridgeport and Douglas and the image of Chicago.

Posted by Kristin Ostberg at 4:30 AM

Email ThisBlogThis!Share to TwitterShare to FacebookShare to Pinterest
Labels: An Introduction, Notes