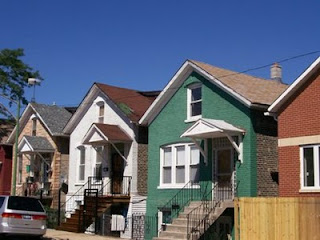 Bridgeport is one of the oldest, most storied neighborhoods in Chicago. It is also one of the most diverse. But diversity is generally not the first thing a lot of people think of, when they think of Bridgeport. They think of mayors and patronage workers and street corner toughs defending their little part of the neighborhood from guys who live a few blocks away.

Bridgeport was always diverse, that’s why there were fights. Everyone thinks of the Irish and Poles, but their numbers were rivaled by Germans, Italians, and Russians. And now they are each outnumbered by Hispanics, who’ve almost managed to restore Chicago’s sagging population everywhere, but also by Chinese spilling over from Chinatown, and possibly by art students, priced out of Wicker Park. 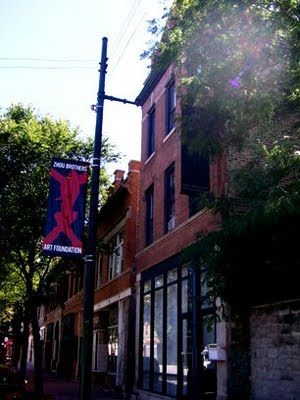 There are 2 distinct arts empires on Morgan Street, there are 2 separate Chinese dress shops within 3 blocks on Wallace, little corner storefronts crammed with pretty things, and there are 2 destination restaurants that could have been lifted out from Lincoln Park, one of them specialist in local foods and organics, and one of them in nouveau Chinese. 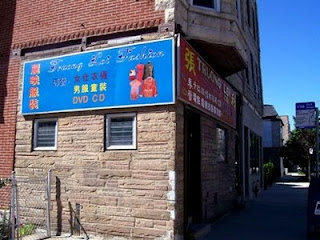 And a lot of the guys who grew up here are still around. My landlord was one of them. He grew up in the 1960s in an apartment with 8 kids across the street from the firehouse. He was a fireman himself, for awhile, until he got injured in a bombing near McCormick Place. He had a patronage job he says took 7 years off his life by sheer tedium, before he borrowed $25,000 cash from a friend to put the down-payment on his first 6 flat. Now he’s got a little fleet of apartment buildings he keeps up himself. He keeps busy coaching a baseball team of 12 year olds, and he’s got a son who plays in the minor leagues. The neighbors tease him because his son’s in a feeder camp for the Cubs. 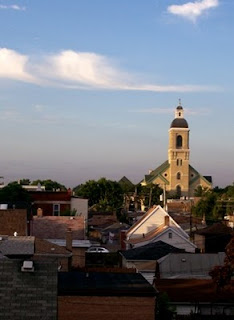 Occasionally he’ll chuckle about the old days, playing curb ball in the street and the “good old fights” they used to have in Donovan Park. But for the most part he’s pleased to see new things happening in Bridgeport. He sees the art galleries accumulate around Morgan Street, and he’s curious. He doesn’t really go over there to hang out with the 20 year olds when they have openings and parties. He’ll go over to the Bridgeport Café on 31st Street, where they roast their own coffee, that’s about as close as he gets. He’s curious though.

Diversity is supposed to be good for people. Creative class workers are said to seek it out because they find it stimulating. Minorities are sometimes said to suffer if they live in isolation, and poor people are often said to benefit from the example set by people richer than themselves. But people living in geographic proximity can still be almost entirely separate.

It really is stimulating to walk down the street in Bridgeport with its juxtapositions of very different people and things. But it could be even more stimulating if there were a good excuse to actually talk to people you might have nothing else in common with, except you happen to live in the same place. That’s what I’m hoping for by launching a blog. People are friendly here, compared to neighborhoods where strangers never say hello. I am hoping with a small excuse they’ll be willing to talk about what they’re up to, what they think about. Either to me directly, for some post I’m making up, or by posting comments of their own in response. 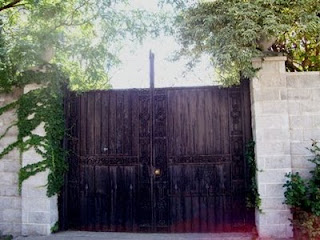 We’re lucky to be here right now, as Bridgeport changes. I’m hoping to add to the record of what this moment of change in Bridgeport is like.
Posted by Kristin Ostberg at 9:09 AM

Email ThisBlogThis!Share to TwitterShare to FacebookShare to Pinterest
Labels: An Introduction