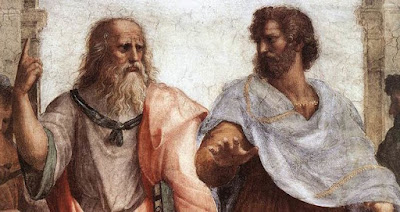 If you are suspicious of the liberal elite, especially the intellectual variety that seems to pick apart everything that is good and valuable to people, reduce it to a lot of power dynamics and hidden agendas, then you might be glad to know there’s a gathering wave of young liberal intellectuals who aren’t satisfied with that project either.

Some of them publish a magazine right here in Chicago.  It’s called The Point, as in Promontory Point, the lakefront park at 55th Street.  Or as in ‘There is a point’ – to reading literature, to engaging earnestly in history, in politics, in life in general.  Six months ago they held a conference called ‘Reimagining the Sacred and the Cool’ to discuss what that might look like for literature scholars. 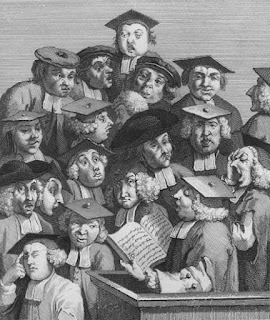 The ‘cool’ literature critics of the 1980s and 90s were skeptical that real meaning could ever be arrived at. They thought their job was to see through the polished surface of ‘the text’ to the latent dynamics the author wasn’t being honest about, even with himself.

It was invigorating when it first came out.  It was a sharper tool for dissecting tradition and prejudice, for prying open the canon of great books to let new voices in.  It seemed to re-activate the old liberal education, by really illuminating how values are socially constructed.  Not so students could toss them all out, necessarily, but so they could participate in a clear eyed way in the endless project of revising them.  At least, that’s what a traditional liberal education is for.

Except that once you set it rolling, it’s hard to put limits on skepticism as a method for reading, or for life.  ‘Deconstructionists,’ ‘poststructuralists,’ scholarly critique in general moved from taking apart the text, to taking apart the author, and the reader, to dismantling the very idea of the coherent individual, capable of independent judgment.  From that vantage, sincere expression, truth and morality aren’t just impossible to achieve, they become embarrassing to pursue. 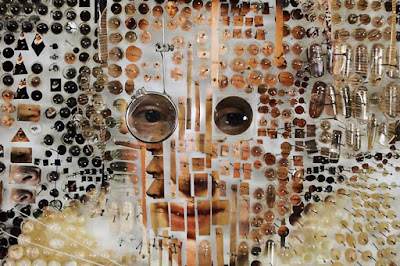 This is also one point where scholarly critique starts to sound like a lot of fuss over issues that aren’t real problems for regular people.  When is the last time you worried if you had a coherent self or not?  Or whether you are capable of making real moral decisions?

It is possible to argue as if all human discernment, from our taste to our conscience, are just codes for striking a social posture, or internalized demands of the surveillance state.  As if reducing any human expression to something legible in utilitarian terms is really the most honest way to approach it.  If that is true, than opportunism really would be the best strategy for life.

But from experience, we know that’s not true.  Or we know that it’s part of it, but that it’s not all there is.  Intellectuals and artists are supposed to help us with this – that is help us to look at ourselves and our situation honestly, in its complexity and fullness.  Part of the job is to expose weakness and illusion, but the other is to appreciate the potential, even dignity, in our condition.

If they have painted themselves into a corner where they can’t see dignity in our condition, then they abandon that job to those who are willing to deal in less nuanced terms. 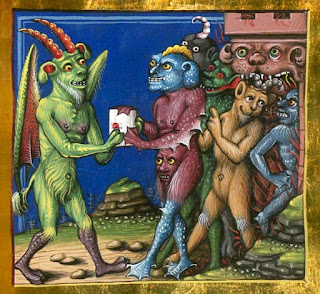 That’s what was cool about the conference: it suggested that young scholars are unsatisfied with the project of deconstruction alone, that they see the potential of literature to summon up something of value.  Not through Nancy Drew mysteries about ideal characters solving a world where the ugly facts of reality are suspended, or easily overcome.

But a literature that deals in ambiguities, one that recognizes a multitude of competing principles, all of them aspects of what is true and good in the world, but aspects that are not neatly reconciled with each other either.  Drawn in abstract terms, carried too far, they conflict with one another.  At which point, some inner voice that we still have protests.

The first speaker made the case for that inner voice, a seat of conscience that is “meaningfully autonomous”, even though it’s “socially informed.” She spoke of developing it through spiritual practice, carving new neural pathways through meditation and prayer.

All the speakers argued for sources of critical discernment other than the voice of traditional authority or disengaged science.  One described an imagination activated through poetry to move back and forth between the landscape of the material world we know, and something that transcends it.

Another suggested that critics might model themselves on Biblical commentators, whose method is not to describe literature from a distance, but “to enter into its point of view, to think alongside it.”  Whose claim is not to settle questions decisively, but to illuminate the possibilities, to feed into the pool of collective imaginary that a reader may draw from, pulling out the commentary that resonates with his situation. 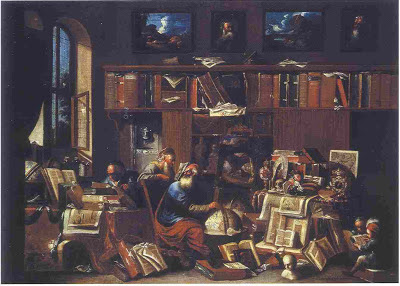 Articles in the magazine often argue for similar discernments in the real world.  They acknowledge ambiguity, and multiple points of view.  But just as important, they value the need to step out from a critical stance of endless equivocation, they believe in the reader’s capacity to engage in matters of meaning, and in the scholar’s ability to point him in promising directions.

They call for a history unembarrassed to explore deep themes, or describe a narrative road map for a general public.  For a politics willing to argue in terms of deep values (like whether it is true that all human beings deserve some measure of respect or not), rather than skate over them with centrist arguments about the best techniques to achieve economic growth.  And for a literature that is ‘conducive to a feeling of aliveness.’ 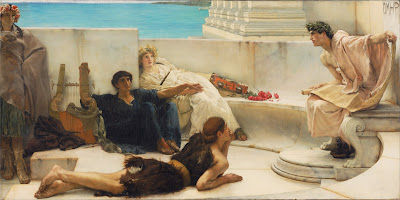 In an early issue, editor Jon Baskin describes finding just such a literature in the novel Infinite Jest.  He knows it’s sometimes read like other “difficult” novels of its milieu, a cool study in ironic alienation, its characters exhausted by the impossibility of being a real person in a thoroughly commercialized United States.  Baskin says Infinite Jest is just meeting the reader where he is.  So its first character is creepily familiar, “the grieving white male of high education and questionable maturity,” he’s literally stuck in a self-conscious feedback loop that’s made his speech unintelligible, his head into a cage.

But another character has found escape through Alcoholics Anonymous.  Baskin says that’s what makes Infinite Jest different, it presents the insights of AA un-ironically, as a real antidote for the postmodern condition. “The addict seeks refuge in his substance,” he observes, but “his true addiction is not to his substance, but to a highly reflexive and indulgent way of thinking.”  It’s much the same for the reader, savvy in the tongues of “satire, theory and reflexive sophistication.”  What he craves is a literature that points a way out from that reflexive cage. 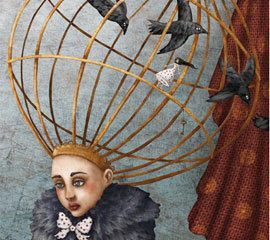 You can’t just switch from irony and alienation to naïve sincerity and embedded-ness.  Once you’ve seen the human capacity for bias, spite and self deception, you can’t un-see it. But you can turn your attention to the human capacity for other things. And there is no better place to start than here.  The urban neighborhood is the perfect scale for seeing how people are complex. It’s large enough to be diverse, close enough to see your neighbors face to face.

I like to ask people about their work because a lot of times they find a lot of dignity in it.  I don’t think that diminishes large scale concerns about the widening gap between the rich and poor, the narrowing of economic opportunities, and the serious threat those dynamics pose to our national well-being.  Bridgeport is a neighborhood where you can see close up what good union jobs have done for people; it’s also got a significant population who will probably struggle hard for not very much their whole lives.  But among them, all kinds of people seem to want more than wages, they want their work to mean something. 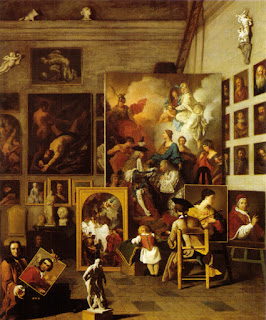 Much has been written about how the art world produces meaningful work on the superstar scale – especially how the players work together to cultivate the authority of an artist and the market value of his work.  Of course art is supposed to have a non-commercial value too, but that gets obscured by fabulous prices.  It might actually be easier to see it on a local level among artists who are still feeling their way toward an audience.  How do they do that? In conversation with what?

The neighborhood is also an ideal scale for talking politics, especially a neighborhood like Bridgeport, which has Bernie Sanders supporters and Oath Keepers, voters for Obama and for Trump in near equal parts. We see each other face to face, though we don’t necessarily get into one another’s point of view.

In fact, that’s exactly the topic of one of my favorite recent articles from The Point magazine.  David Alm knew white nationalist Richard Spencer in graduate school, before Spencer became a major figure on the national stage. Back then, Spencer’s views weren’t fully expressed, but they still made his fellow students uncomfortable.  In his article, I See a Darkness, Alm recalls that he and his friends mainly avoided engaging Spencer when they got a glimpse of his illiberal views. Now he wonders if they should have engaged.

To do it, they would have had to have been willing to consider a worldview they found deeply wrong alongside their own tacit assumptions. Do you really believe that all human beings are worthy of some measure of respect, for instance? And if you do, how is that best expressed in matters of public concern? 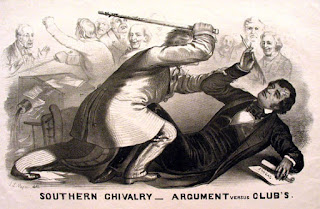 It’s hard to argue in those terms without shutting down, or walking away indignant.  But if there’s a place to try it, that place is here.  And the more intractable national politics becomes, the more that conversation, held face to face, may turn out to be fundamental to everything else.

Posted by Kristin Ostberg at 8:00 AM