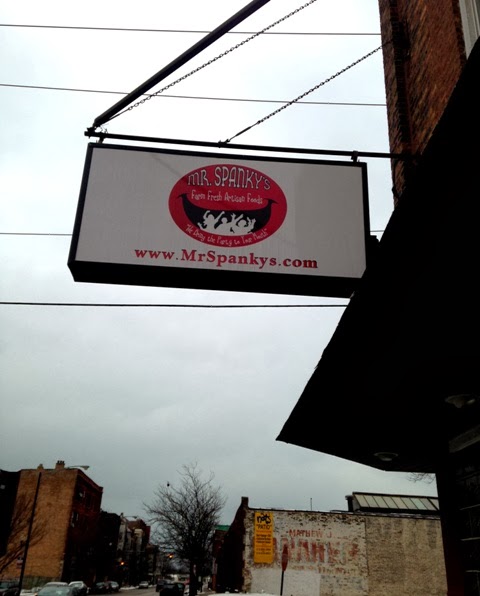 In the coming weeks, the garages and cold basements of Bridgeport will be hung with sopressata.  Hundreds, even thousands of pounds of it will dry cure in cold air in an age old preservation technique.  And as it cures, John Schultz will re-calculate the future of Mr. Spanky’s, his restaurant at Shields and 31st Street, where he’s been selling dry cured bacon from locally raised hogs for just over a year.

A few months ago, the bacon business was so good Schultz was looking for ways to expand production and sell through other outlets, but he was challenged by a regulatory environment geared for the mass production of big food.   Now he’s shuttered the restaurant for the season, and is just running his catering business, which delivers fresh salads under the name Foodism Chicago.

If you miss Mr Spanky’s well cured pork, you can taste it again downtown, where he’ll be selling pork buns, bacon and breakfast sausage at The Nosh, a roving Chicago food market designed to promote small batch, artisanal food.  The Nosh will be held at Block 37 every Thursday and Friday in February and March.

Schultz knows his career is in wholesome local foods, but he is still exploring the best way to make it a business that supports a sustainable life.  He grew up in a restaurant family in Joliet, and he crossed the country as chef for the Ringling Brother’s Circus.  He first opened his catering company at 335 West 31st Street 9 years ago.

About 5 years ago, he started making bacon from his house.  He could accommodate up to 100 pounds of meat a week there, which dried down to 50 pounds of finished bacon.  At first he was selling it at farmer’s markets on Saturdays and Sundays, but before long he was selling all 50 pounds at one market.  It was either scale back to fewer markets, or scale up with more meat.

Through connections of a former employer, he gained access to the banquet kitchen of the Irish American Cultural Center, where he was working with 400 – 500 pounds of meat a week.  He says he could take in 1,000 pounds a week in the space he has at Mr. Spanky’s, if he took out a wall and had a bigger cooler.  But space and a willing customer base aren’t the only considerations.

Spanky’s has been making bacon as a restaurant, which allows Schultz to sell food he makes directly to the end consumer.  In order to sell it through someone else, through another restaurant or a grocery store for instance, he would have to be licensed as a processor by the Illinois Department of Agriculture.  The State says it tries to be flexible, it looks for end results, like the washability of surfaces, the smooth flow of product, water, and air through the facility, but Schultz says that would still translate into rules about the size of his drains and the material on his floors, and he’d have to develop a Hazard Analysis and Critical Control Points (HACCP) plan – a test-validated manual of sanitary practice specific to his facility that can cost $10s of thousands to create.

Schultz looked at hiring someone else who had already obtained licensing to process his meat.  He says there are 3 or 4 processors in Illinois who share his interest in sustainable food and do the kind of dry curing he’d like them to do, but they are at capacity making their own product.  In the end he found a family owned enterprise that has been curing bacon with traditional techniques for generations, and will use his recipes to prepare his product – but he had to go to Kentucky to find them.

He still gets his pork from a small Illinois farm.  He has developed a relationship with his farmer, so he can buy just the parts he wants.  He says it took him 5 years to get there, for the first 4 years he had to buy the whole hog, or a whole side of a hog.  He’d make bacon from the bellies, and make a lot of sausage from the rest.  He suspects that effectively caps the market for local, sustainably raised meat into the future - most people don’t have the freezer capacity to buy a whole animal at a time, they need a middle man to cut up the carcass and distribute the parts. 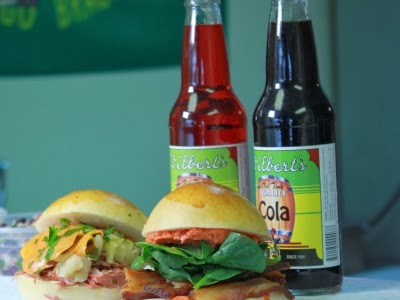 Schultz’s experience pretty much sums up what people mean when they talk about building an infrastructure, not just a market, for sustainable local food.  In Chicago, that agenda will be advanced a little further at the Good Food Festival and Conference, which will convene at the UIC Forum March 13th- 16th.  Now in its 10th year, the Conference aims to build the unromantic but necessary structures to support growing demand for sustainably produced local foods: making connections between investors and small food business, building wholesale distribution chains to bring local food to market, and advocating revisions to a regulatory structure built to supervise mass production, so that it can monitor small producers effectively, without squashing them.

A couple years ago, participants on a panel of farmers and marketing companies that sell locally raised meat all seemed to agree that the biggest brake on the growth of the market for their product was a bottleneck in the processing and distribution parts of the chain.  Those middle segments have been emerging.  In Chicago, a handful of small butcher shops have been joined by Red Meat Market, an online hub where meat buyers and end consumers can source local, sustainable meat.

On-line and off-line forums buzz about how web based marketing can be supplemented by a network of meat hubs that would aggregate product, and facilitate its travel between producers, processors, distributors and buyers in real space.  For that network is to continue to grow, regulators will have to allow it.  There is some disagreement about what, if any, special considerations that would require.

For instance, people have been curing meat with salt and dry air for hundreds, even thousands of years.  Residents of Bridgeport seem to consume great quantities of home cured sausage without getting sick.  But that doesn’t mean salt curing can’t go wrong.  Salt slows the growth of bacteria by taking water out of the meat.  But some pathogens are salt tolerant, and salt levels in the product must be sufficient to stop bacteria growth.

Few would argue they don’t want the food they buy from someone else to be monitored at all.  According to Food Safety News, makers of cured meats should monitor pH levels, water activity, and the potential for cross contamination between foods in a kitchen.  But do they need a fully validated HACCP plan?  When Madison, Wisconsin based Underground Meats launched a Kickstarter campaign to raise money to create a HACCP plan for making dry cured salami, they estimated it would cost $40,000. 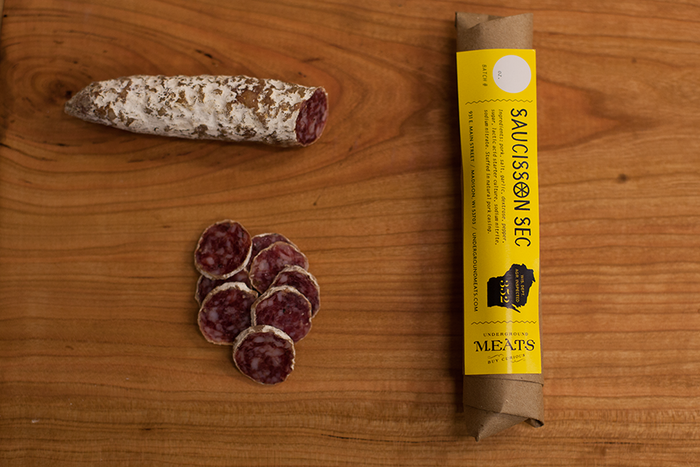 Underground Meats developed their first HACCP plan with help from food scientists at Madison based Oscar Mayer.  They launched their Kickstarter campaign in September to develop an open sourced plan that could serve as a template for other small salami makers.  HACCP plans must be specific to each operation, they can’t be borrowed wholesale, even by makers of the same product.

But as Underground Meats told Food Tech Connect -- big producers regularly share their HACCP information, it’s the smaller ones that keep their plans proprietary because of the disproportionate expense. Underground Meats hopes its open source plan will level the playing field for small operations, and build community among producers and farms.


As that community grows, leveling the playing field may mean more hybrid enterprise, combining the functions of a restaurant and processor like Mr. Spanky’s has hoped to do, for instance.  It might also pave the way for some of Bridgeport’s sopressata to make its way out from the garage. 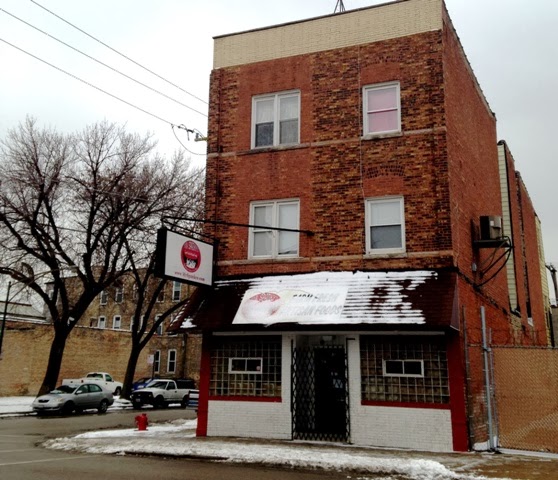 Posted by Kristin Ostberg at 7:09 AM