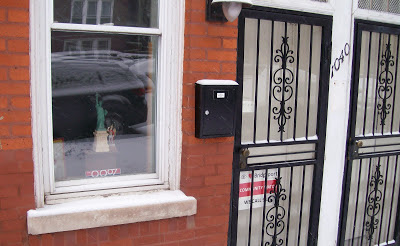 The February CAPS meeting should be packed after the masked gunman incident at Kevin’s Hamburger Heaven last week. Lots of people will want to know if the police have made any progress in the case, and what they’re doing about all these criminals coming into the neighborhood to rob and shoot people in general.

So far, the comments on EveryBlock range from reminiscence about the old days, when everyone knew each other and handled a lot of mischief and thuggery without calling the police, to calls to shut down those Pershing Road truck stops altogether. They’ve been a magnet for big scary guys for years before this happened. Is it true that Kevin’s Hamburger Heaven keeps armed security? Someone mentioned it on EveryBlock, but I’m probably not going to trot over there to confirm.

I feel like I owe some kind of Hardscrabbler amends though, because when I wrote about public safety issues last summer I made it sound like there were a lot of hysterical people overly worried about criminals coming in from other neighborhoods, and that was distracting them from our real crime problems, which originate here.

Then, over the next 6 months there was a long list of predatory incidents confirmed by police, most of them in broad daylight – a rash of people held up for their smart phones, an attempted carjacking, a couple drive by shootings – once I heard the shots myself at 7am on Sunday morning, and saw the blood on the sidewalk on my way to Sunday school.

I don’t want to get hysterical myself just because some of it happened close to where I live. I bet it’s still safer for a woman to walk down the street at night in Bridgeport than it is in Lincoln Park, in fact I bet that frequently. This is still a neighborhood where people know each other, and where a lot of them take personal pride in the safety of their streets. 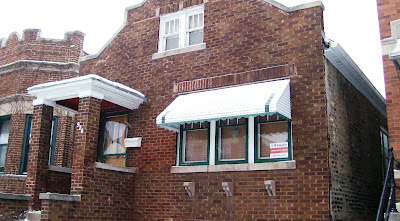 Just before Christmas, a young Chinese woman got robbed on Princeton. She ran to the nearest random house, rang the bell, and 3 men from the house ran out and caught her assailants. You don’t necessarily want your neighbors risking direct confrontations like that, but that story, confirmed at a CAPS meeting, sure warms my heart.

A lot of people keep an eye out for trouble. Like Paul, a proud Vietnam vet – he lives east of Halsted now, but regularly patrols Morgan and Carpenter Streets in his wheelchair, those are the streets where he grew up.

And Joe, who shows up at CAPS meetings to follow up on calls he’s made. He’ll say “I saw a guy walking up my street checking out people’s gangways, so I followed him to 31st Street and from Princeton to Parnell.” It sounds different from what you might hear in other neighborhoods, or even in Bridgeport in a different era. It isn’t “I saw a black guy where he didn’t belong so I got my friends and we chased him out of the neighborhood,” but it isn’t “I saw someone trying doors in the alley, so I went home, called police and hoped it all worked out,” either.

Tom Bailey coordinates the Bridgeport Citizen’s Group’s neighborhood watch. After patrols he’ll go back on his own to paint over graffiti, or to patrol particular hot spots with his son in law late at night. He’s always looking for recruits to make more patrols, more often. If you’re concerned about crime you should talk to Tom about coordinating with his patrols – you can meet him at CAPS meetings at the 9th District station, they start at 6:30pm the 2nd Tuesday of every month. 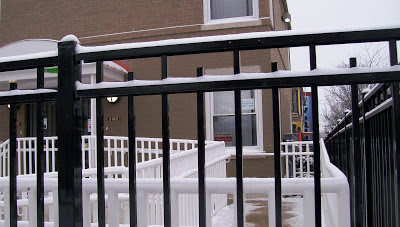 Of course, crime is random and you can’t always catch it on patrol. It will be more effective in the long run to stop it where it lives. And there is a fair amount of trouble that lives here in Bridgeport, often in buildings with landlords who aren’t around.

Alderman Balcer helped the neighbors around 3309 S. Carpenter Street put the creeps who plagued them this summer out of that house, but bad tenants of absentee landlords aren’t limited to Carpenter, and the field of Bridgeport apartments run remotely isn’t shrinking.

The Bridgeport Citizen’s Group is lining up strategies to make landlords accountable for the tenants they keep. We’ve been turning to Canaryville for advice on how to do it. Canaryville’s neighborhood watch is almost legendary, and they have a dedicated specialist in housing court. Chris Martin has been pursuing bad landlords through the courts for 7 years. In January he and Pat Arloe, Canaryville’s Beat Representative in the Police Department, sat down with a group from Bridgeport who want to get something similar started here.

Pat and Chris work closely together to identify which they should prioritize, and to document what is wrong with them. They say that neighbors should start calling in complaints for every nuisance that occurs; they’re also creative about getting photos of code violations, and video of bad behavior. Their goal is to build a rap sheet they can use to get the building placed on the city’s troubled building list, get it inspected, and sent into court.

Chris says the Canaryville neighbors have managed to get 4 “rat-hole substandard” buildings demolished that way. But it took some persistence –in one case it took 14 court appearances, and on average, the process took 19 months.

But it doesn’t have to go that far. Chris says most landlords will go to some lengths to avoid court appearances, fines and costly repairs. They may decide to sell, or, in the best case scenario, they keep the building but change their ways.

Some of the members of Bridgeport Citizen’s Group are landlords themselves, so there has been talk about how to help those who have found themselves with bad tenants navigate the eviction process, which takes some diligence in itself.

Chris emphasizes that a landlord’s best strategy is still to screen his tenants carefully before they move in. He points out it costs just $7 to run a background search on CheckIllinois. He has occasionally actually paid to run background searches for landlords with really bad tenants, just to get them to cooperate. He says he’s never had to go to court for a landlord who lives in the neighborhood – though he adds that 4 of the worst buildings in Canaryville are owned by landlords who live right here in Bridgeport. 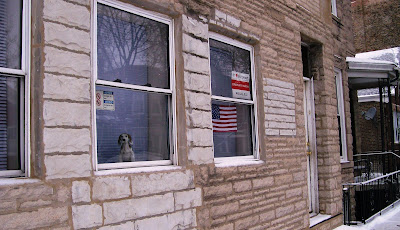 Posted by Kristin Ostberg at 6:56 PM